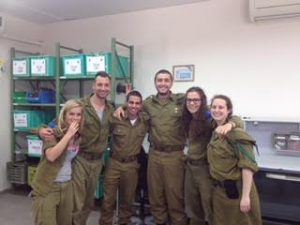 My name is Jordana. I was a Sar El volunteer 2015 in Israel. I have a story that [I thought might interest you]. I went to Israel with my sister at the end of February 2015. I really didn’t know who [would] be in our group. On this night when we arrived our madricha put me in front of a Hungarian guy -[whose] name was Abner. We started to talk and after two [weeks] we felt something special in each other. We spent three amazing weeks in Israel and after we [flew] back  home. We fell in love [with each other] on shabbat night.

After Sar El , I went to Barcelona for one year to work with [disabed] people, and he went back to train his rugby club in north Hungary-  but we kept in touch. I came home in January 2106, and he asked for my hand in marriage. 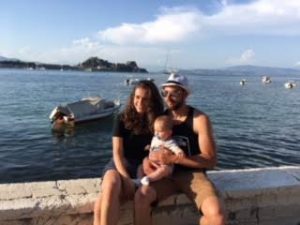 We got married in 2016. And now we have a baby who name is Evron.
So dear Sar El – we would like to thank you a lot a [for creating this program, for giving us the opportunity to work in this program] and also a  big thanks to Leora Hersman (our madricha ) who put me next to my husband.

God Bless You and Israel too!