My reason for coming 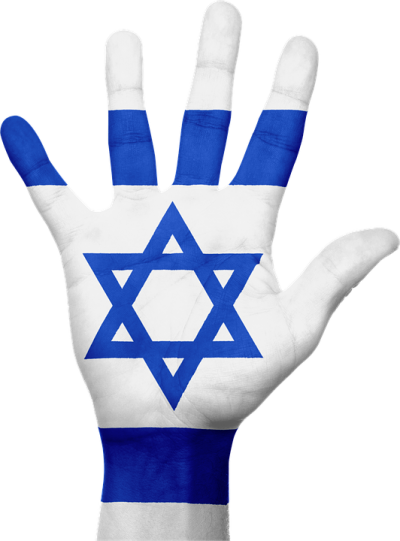 My first voyage to  Israel dates back to 2009 and  I fell in love with this country. After that  I decided to learn Hebrew; and since I wanted to improve my knowledge of the language,  I started to look for a way to do some volunteer work in Israel in order to practice what I had learnt so far.

Among the several possibilities Sar-El was the one which seemed most suitable for me, so  I made up my mind and decided to go on this “adventure”. In order to participate, I got in touch directly with the organization in Israel and after a small exchange of information, I was told that I could participate in the program.  I chose to enroll for a 3 week program, (but there are also 2 week programs for those with less time available). During my stay I also learned that many people decide to stay in Israel for several months, which allows them to participate to more than just one program; this is great because it allows you to get to know the country from many different perspectives.

On August 14th  I reached the agreed meeting point, inside of the Ben Gurion Airport. A lot of people had already gathered there and the program coordinator in Israel, Johanna, warmly welcomed us. One by one we were summoned and given our base assignments, some basic instructions to follow and some rules such as during the program you are not allowed to leave the country, no proselytizing is allowed, and there can be no discussion of politics.

I found  myself  part of a mixed group,  made up of American, English, Dutch, German, Australian and South African. There were both older and younger guys, starting from  20/21 up to  70 years of age and more; there were several couples too, such as wife and husband, father and son, mother and daughter, and so on… We were also honored to have a Japanese woman with us, whose story was very touching; she decided to join Sar-El out of gratitude for the support given by the Israeli medical teams to Japan during the dramatic days of the Tsunami, earlier this year.  She felt it was important to give something back to a country so small but so generous and so she too joined Sar-El.

Only at this point did I start to realize that it was going to be a very interesting experience and, most of all, unlike anything I had expected until now. I was told that my team was headed to a logistical  base, where we would be in charge of preparing medical kits for the field hospitals.

Each Sar-El team was assigned its “Madrichot” (Hebrew word which means “guides” ), who would be responsible for our needs throughout  the program’s duration. We jumped onto our bus and left  for our destination bases. As soon as we got there, we were shown the barracks were we would  reside during our stay, and we were briefed on the security rules to be followed. The same day, we were given the uniforms that we would  wear for the weeks to come and we were also shown the shops, the canteen and the other recreational areas.

The activities to be carried out vary greatly according to the kind of base to which one is assigned, but also the capabilities of every volunteer are taken into account. There are both “easier” and “harder” tasks: the nice thing is that everyone is given a chance to make a contribution, according to their capabilities. In our case, we had been divided into several work teams who were in charge of setting up the medical kits; every team worked on a different stage of these kits, and as a matter of fact, it looked like an assembly line, where you start from the preparation of gauze, aspirins and plaster, all the way up to finished backpacks, containing all that which may be useful for an emergency medical team..

More to the point, our daily routine looked like this:

During my three week program  with Sar-El, we took two trips, one to Tel Aviv and one to Jerusalem. In  Tel Aviv we visited the first settlements outside of Jaffa, which were to become Tel Aviv in the years to come. Then we moved on to the IDF Museum, which is located nearby the old Jaffa train station which has been completely restored.

The second tour took us to Jerusalem, where we went to visit the old prisons, rich with testimonials dating back to the British Mandate, prior to the creation of modern Israel. Then we went on to visit “Ammunition Hill,” which is one of the hills surrounding the old city of Jerusalem. Ammunition Hill was a strategically important site from which you could control  the old city during the 6 Day War, a bloody battle took place there between Israeli and Jordanian troops. Nowadays the site is a memorial to the soldiers who fell during  the liberation of Jerusalem. The site also has a museum which tells the story of what happened there with a very interesting multimedia installation (a must-see).

Last but not least, we went to visit Mount Herzl, one of the other hills surrounding the city of Jerusalem, where you can find a museum dedicated to Theodore Herzl, the founder of the Zionist Movement. This is the movement which eventually led to the creation of modern day Israel in 1947. Also on this site there is a great multimedia installation which gives the audience a full-immersion experience into Herzl’s life and the accomplishments of modern day Israel. Mount Herzl is also the national cemetery of Israel which is located on the west side of Jerusalem; Herzl’s tomb lies at the top of the hill.

As far as our cultural activities were concerned, we also had the privilege of meeting  an author, Mrs. Zipporah Porath. Porath published an essay with the letters she wrote home to her parents between 1947 to 1948, that is, right before and after the Independence war. Listening to her stories was a very fascinating experience, since she is was an eye witness to the events of those years, and especially fascinating as she was directly involved as an underground fighter. For those of you interested in gaining insight into those times, her book is  “Letters from Jerusalem / 1947-1948” by Zipporah Porath

End of the program

Everything comes to an end, and so did our three week Sar-El program; our team was   honored by a visit by Tiran Attia, the military commander of the Sar-El program. During his speech, he thanked us for our commitment and explained the importance of the program. Then, at the end of the program, we were given a participation certificate, a Sar-El brooch and a commemorative T-Shirt and a hat. But the most wonderful thing that you bring back home are the memories, the friendships and the awareness of having worked together for a common cause that we al believed in. Everyone made his little contribution to Israel and its people. To me, this is the spirit of Sar-El!