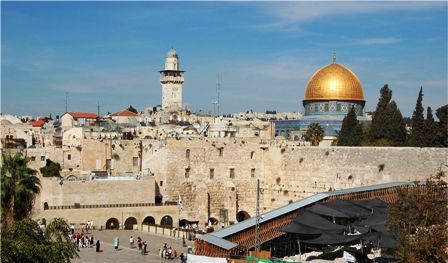 Israel has the only Army in the world with ‘Defence’ in its name.  In the past 12 years I have served as a volunteer on Sar-El sixteen times, and it grieves me greatly to hear Israel and the IDF maligned in the press, and yes, sadly even amongst Jewry.  I had arranged to join a tour of duty with Sar-El in November, 2012, but a few days before I was due to leave the UK, the latest Gaza crisis began.

Naturally, my family began to make incredulous noises :  “You are not still going are you?”   My response to that was that I would be needed more than ever, and I had not one moment of anxiety about it.  It was an individual response, and I would not advocate everyone to react as I did by any means, but for me, it was better to go back to Israel and join in boosting morale where I could.

The plane had 70 cancellations.  Those of us who were on it were mainly Jewish parents, visiting families, Christian supporters of Israel, and one Arab family who sat at the back, the woman fully veiled.  With the exception of this little family, everyone on the plane was sharing food and chatting happily.  I was seated next to a Christian Pastor, who was taking a gift of money to the people of Sderot.  Others were going to encourage and raise morale.  We decided that this was a little like ‘Gideon’s’ army.  Not everyone is needed, and so it was not the time for just a ‘tourist trip’, sometimes it might be better to support Israel from abroad.  Being Jewish is being part of a worldwide community after all.

I felt very privileged to have a task waiting for me.

I spent a few days in Jerusalem, where I was walking along the Mamilla Mall close to the Jaffa gate, talking on the phone to some friends in Maale Adumim, when the siren went.  There was very little panic, but people began leaving their cars on the road and hurrying towards cover.  I saw someone beckon me into a shelter and went down the steps.   I never made it to the shelter, as some teenage girls were sitting on the steps, using their mobile phones to text friends.   I asked them what to do and they said with a smile, “They tell us to just wait a few minutes, and then we can go.”  I had to laugh.  There was a total absence of panic. It was infectious.  I began a conversation with another English lady, and then we all went our separate ways.

This was the only time that the warning went off while I was there and there was talk of a cease fire in the air, although, we knew that Hamas was claiming  victory in the face of their defeat.

I joined Sar-El on the following Sunday.  I have rarely met such a dedicated and competent lady.  She related to us that the previous week, soldiers and volunteers had been working twelve hours a day.  There was a tremendous amount of work to be done as there were still soldiers out in the field and they needed food, and having no facilities, had to use boxes of  rations.

People from synagogues all over Israel were joining Sar-El volunteers to pack these boxes on a conveyor belt.  We took it in turns to do one day of this work and were taken by bus to a base in the North [for his job].  I was packing chocolate spread and making boxes.

There was such a feeling of camaraderie,  [one]that I had never experienced before. I also was delighted to see other Sar-Elniks that I already knew, and not least our UK Coordinator Jenny, who is equally dedicated.   We began writing messages on the boxes, to encourage the soldiers – for example “You are our heroes,” and  “we are praying for you,” etc.

Rumor had it that during the same activity during the 2nd Lebanese war, a young lady from the UK had written “You are my hero,” and given her phone number.   This led to marriage after the soldier rang her a few months later.

The rest of the time, I was working at a communications base.  It was indeed busy, but there were 19 of us, 2 from England, 3 from America, and 3 from Canada.  Others came from South America, and Russia and even two from Norway, who were Christian supporters of Israel.  One of them could speak English, but neither could speak Hebrew, so a great deal of fun was had with my ‘pigeon’ Hebrew interpretations.  I teased them calling them the ‘Vikings’.

I loved the base, as it was strictly run, and every morning we would join in the flag raising, and then sing ‘Ha Tikva’.  The officers had high standards and the soldiers had pride in their work.  Another volunteer, called Michael, being gifted, taught me how to play Ha Tikva on my ukulele and I and the girls would spend every spare moment trying to memorise and sing the words.

It was cold, particularly at night, and I began to think longingly of my fluffy quilt and central heating at home – but then I realized that this was ‘toughening me up’ doing me good, and |I felt sleepy at night with a feeling of well being after a day of worthwhile work.  Even though the work was repetitive, often dirty, and could have been boring, we had ‘topics’ to talk to each other about.  Each day we seemed to select some topic to discuss and some jokes to laugh about.  We also sang a lot and worked cheerfully, bonding into a close knit team.

As usual, we had two beautiful young soldiers to be our Madrichot.  Adi was beautiful and petite.   She was as clever as she was beautiful, with lovely long fair hair.  – Noam was also stunning, with beautiful eyes and dark hair.  They took us on a trip to Zichron Ya’acov on the second week of the tour.  It was a beautiful day and as we looked around the art galleries and ice cream parlour it began to rain. Although we were ‘mature’ individuals, it felt like we were children on holiday again.  We visited the Museum of the First Aliyah, a very moving and fascinating  museum telling about the immense difficulties of the first Aliyah pioneers. The story of this would make a most amazing film, I was surprised that no one had ever made one.

Chanukah arrived and a group of us went to Jerusalem to watch the lamps being lit at the Kotel [Wailing Wall].  It was cold and getting dark and we had waited for 2 hours when a lady arrived with a box of ‘sufganiot’ [donuts] which she was handing out free of charge.  The atmosphere was electric and when the flames began to be lit and the singing began, the cold wait became totally worthwhile.  Afterwards we walked around the Jewish quarter taking snapshots of menorahs, which were either in the windows, or outside the houses.  We then wandered down the Mall where we found a crowd enjoying the musical performance of a concert band.  It was crowded, exciting and everyone was dancing, some on each other’s shoulders.  There was no where on earth we would rather have been.

Afterwards, we walked into the King David hotel, lit a menorah, sang the blessing and set off home.

Back on base, the Commanding Officer had arranged for a Rabbi to come in and talk to us all and the following day we left work early to join the service.  After the lamps had been lit, huge boxes of doughnuts (sufganiot) were brought in and it was time to go to our Moadon [recreational hall] to get a cup of tea to go with it.

Over the three weeks there were various groups brought on to the base, some were senior citizens who had made Aliyah, from Russia and elsewhere.  This group came in and spent a great deal of time talking and joining in the work, having a social event, feeling involved, and then going home with a good meal and some food from the Cheder  Ochel [Dining Room].

Others came in as part of a group of ‘Special needs’ with Down’s syndrome, or other physical disabilities.  These too, were there to be included in the community and be exposed to socializing with others.   I was amazed, and wondered if any other army in the world was so caring and supportive of all residents of their country.

It has always amazed me that the young soldiers in Israel are so mature and special.  I see them on a Sunday morning, with huge kit bags, all heading back to their bases, carrying the weight of their country’s people on their young shoulders.

In the third week of the tour, we wanted to give Adi the Madricha some flowers as we said goodbye.  It was quite difficult as we could not leave the base, but I spotted a rose bush near the base’ synagogue.  It had huge red roses, but desperately needed pruning.  I saw my chance when the Base Commander came in to see us.

I asked him very politely if we could have some flowers for Adi.  He was rather amazed at first, and asked where I could get flowers – so I told him, – and he wanted me to show him.

We walked to the bush and he stood considering, until finally, he asked me:

The Officer smiled and said –

“Come at 7am in the morning, before everyone is here – and also -don’t take them all!”

There was a twinkle in his eyes.

The following morning at 7am I was out there in the rain, with a pair of nail scissors, and managed to create a bunch of roses and other flowers, which we happily wrapped in a bow made of an orange trash bag.

When I left Israel, I felt as though I was being torn away.

The people I had met, the events that had [occurred], and the ‘kesherim’ [connection] I had forged were hard to leave behind.  I left pondering on the IDF.  What other country in the world, I wondered, would drop leaflets in Arabic, to warn civilians to move away from intended targets?   Hamas of course, knowing they were to be fired on would then move – or even worse be quite capable of using people as human shields [in an effort to] discredit Israel.

I thank G-d for the Jewish homeland and the Israeli Defence Forces.

Rabbi Perez spoke true words when he said it is a very special army.  I leave again this week to return and help them where I can, glad to know that there are others in the UK that also care.