Sixty-eight year-old Lawrence from Canada, Danielle from Australia, and Samantha from New York, all recently arrived at an IDF military camp in Israel.

It may sound like an unusual destination for three foreigners, but this trio arrived to take part with others from abroad in a three-week Sar-El program, during which they will help the army’s logistical unit prepare for any upcoming emergencies. 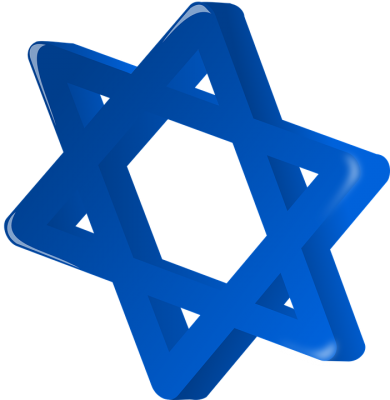 Torin from Arizona says he came to Sar-El after recently becoming interested in his Jewish roots. “My Mom never hid her Jewish roots from us,” he said. “But neither did she place much emphasis on it. After high school, I decided to find out more about Judaism and Israel, and it was then I decided to come to Israel and get to know the Jewish State,” Torin explained.

Hundreds of miles away in the American state of Washington, Mark, a dedicated Zionist and father of two, was having similar thoughts. He wanted to come to Israel and contribute directly with his own hands. “My special connection with Israel began from a young age,” said Mark. “I volunteered on Kibbutz Naan some 40 years ago, and then during the Tzuk Eitan conflict I wanted to return and somehow help Israel. Many Jews around the world give money to the State of Israel and that is important, but I believe that the most important contribution I can make is being here,” Mark said.

Last week Mark and Torin and another four volunteers from Canada, Australia and the USA, wound up together on a base in southern Israel.

“During the past year, we have hosted four groups of volunteers from around the world,” said the base’s Sargent Major Liron Shoval. “These groups have helped us prepare our emergency supplies, bolster the ranks of our workforce and come up with creative ideas and solutions to some of our logistical challenges,” he said.

Sar-El’s Commanding Officer Mali Avronel pointed out that Sar-El volunteers range in age from 16-85, and include Jews and non-Jews. “Sar-elniks come from every walk of life and are people who feel the need to help Israel. They pay their own return airfare and join us on the base to help prepare our logistical supplies,” she said.

Avronel explains that the volunteer groups usually come for between one and three weeks, and are guided through the program by a group counselor (madricha), who has undergone a five-week training course. “The counselor’s job is to also run evening activities for the volunteers and help them get to know more about the IDF and the State of Israel,” she pointed out adding that Sar-El volunteers also enjoy day trips and lectures, and have the opportunity to get up close and personal with Israeli soldiers.

Canadian Lawrence is a Sar-El veteran, having done the program 16 times already, but he says each program is different and special in its own way. “My most rewarding moment came when a medic told our group how every time he needed to quickly pull out life-saving medical supplies in an emergency situation, he found them exactly in the right place in the pack. These were the packs that we prepared for the unit,” Lawrence said, adding that he was proud to know that their logistical work helped save soldiers’ lives.

The Sar-El program is also a very important part of volunteer Samantha’s life. As Mark’s daughter, she has grown learning about Zionism from her father. She participated in a college exchange program in Israel, volunteered with the Lone Soldiers Program, and is now spending her vacation time doing Sar-El.

“It may seem to some that I am far from home, but for me, Israel is my home,” she said. “I very rapidly understood that there are amazing people in this program and that we all became connected to the base. My next step is to make Aliyah (immigrate to Israel). Once I joined Sar-El and put on a uniform, it was clear to me that once I do become a citizen, I would like to serve in the IDF. The agreement that I made with my parents is that I would first complete my degree in International Relations, and then make Aliyah and enlist in the IDF. I will be able to follow my dream in April, when I finish my degree,” she said.

One of the most important features of the Sar-El program is to establish a group of ambassadors abroad, who support Israel and the IDF. Sar-Elnik Danielle, a Christian nurse from Australia, stumbled onto the Sar-El program whilst looking for a volunteer experience abroad. “I had heard lots of negative things about Israel from the newspapers and television, but decided that I wanted to get to know the country and its culture up close,” she said.

Although Danielle did not have any family or friends in Israel, she decided to first get to know her local Jewish community, and afterwards she came to Sar-El. “I felt that doing the program was the best way to help Israel, and the immense challenges the country faces. On the program I met wonderful people from the army and around the world and I saw and understood what an advanced, strong, and special country Israel is.” Danielle said.

Since the program’s inception in 1983, every year some 4,500 volunteers come to Sar-El and “that is a significant multiplier of our personnel, said Sar-El Commander Mali Avronel, adding that Sar-El volunteers are like “angles from heaven.”

As for the volunteers, most describe the Sar-El experience as unforgettable, and make lifelong connections with friends from the program. For the soldiers and the IDF, the contribution Sar-Elniks make is immense and greatly appreciated. “So many people in the world do not understand the situation here in Israel, and some are even afraid to visit. However, Sar-Elniks pay their own way, work hard on the base, and are highly motivated. Working side by side with the soldiers the volunteers help boost morale. We cannot express our appreciation enough,” summed up Mati Sheleg, Logistics Commander for the southern division.

(The article originally appeared on the IDF website, written by Carmel Libmen)