Recent articles have appeared comparing two groups of people living in Western countries: Those expressing solidarity with Israel and joining the Sar-El volunteer program in order to assist the Israel Defense Forces (IDF) and those embracing Jihad and joining the “Islamic State of Iraq and the Levant” (ISIL) in order to contribute to Jihad. We, at Sar-El the National project for volunteers for Israel, firmly oppose such a biased, dishonest and insane presentation.

Sar-El volunteers have nothing to do with Jihadists. We know that some people may grab any comparison and question its relevance. For those people, we made a list of arguments that highlight why a parallel between IDF and Sar-El on one hand and ISIL and Jihad on the other hand is nonsense:

1-     IDF is the army of the State of Israel, which is a member of the United Nations (UN), which grants citizenship and which delivers passports… whereas ISIL and its self-proclaimed caliphate have no legal existence and no recognition by any member State of the UN.

2-     The State of Israel is ruled by a Government that reflects the results of democratic elections. Whatever their gender, their race or their religion, all Israeli citizens can vote for these elections, whereas ISIL is ruled by a self-proclaimed autocratic leader who doesn’t intend to organize elections.

3-     The State of Israel grants rights and notably freedom of speech and freedom of religion to all Israeli citizens, to all visitors and to all people placed under its authority, whereas ISIL exterminates people who don’t strictly obey its extremist version of Islam and refuses rights to women.

5-     IDF is committed to defend and protect all Israeli citizens, whatever their gender, their race or their religion, whereas ISIL is committed to attack and eliminate Shiites, Christians, Yazidis, Kurds and Jews and is calling for Jihadist terrorist attacks in Western Countries.

6-     Sar-El welcomes volunteers from all democratic countries, whatever their gender, their race or their religion, unlike ISIL that recruits only people sharing its extremist version of Islam.

7-     Sar-El never places volunteers in a combat capacity, unlike ISIL. It offers them opportunities of assisting IDF soldiers, for instance through property maintenance, medical supplies or food preparation.

8-     Sar-El welcomes volunteers for short stays within IDF premises. The number of days is known in advance and volunteers return to their home country at the end of their Sar-El program. ISIL doesn’t want Jihadists to leave the battlefield without its authorization. A lot of Jihadists from Western countries already died on the ground in Syria or Iraq.

Some people may agree and others may disagree with the Israeli Government and its policy. However, a comparison between Sar-El and Jihad has nothing to do with this debate.

Those who truly aim at constructive debates and at a peace solution in the Middle East can only agree with the here-above arguments and conclude that the comparison is nonsense. 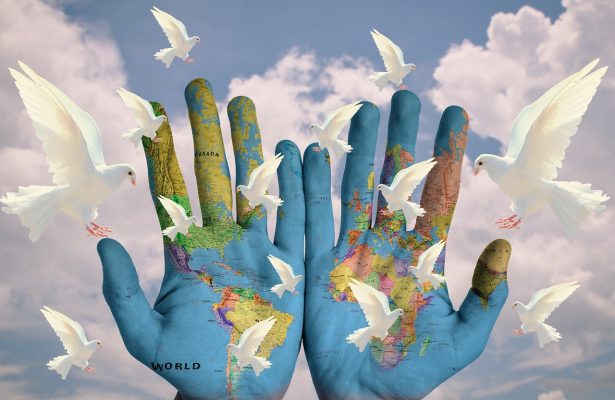 Only those people who are blinded by their hate of Israel and by their refusal to acknowledge our country could judge the IDF and Sar-El on one hand and ISIL and Jihad on the other as similar cases.

We, at Sar-El, hope that peace will finally overcome and that our organization will eventually become useless. In the meantime, as Israel continues to face deadly threats, we are very grateful that people from democratic countries show their solidarity with our country by participating in our volunteer programs. We are dedicated to welcome these people that come to give us a hand.